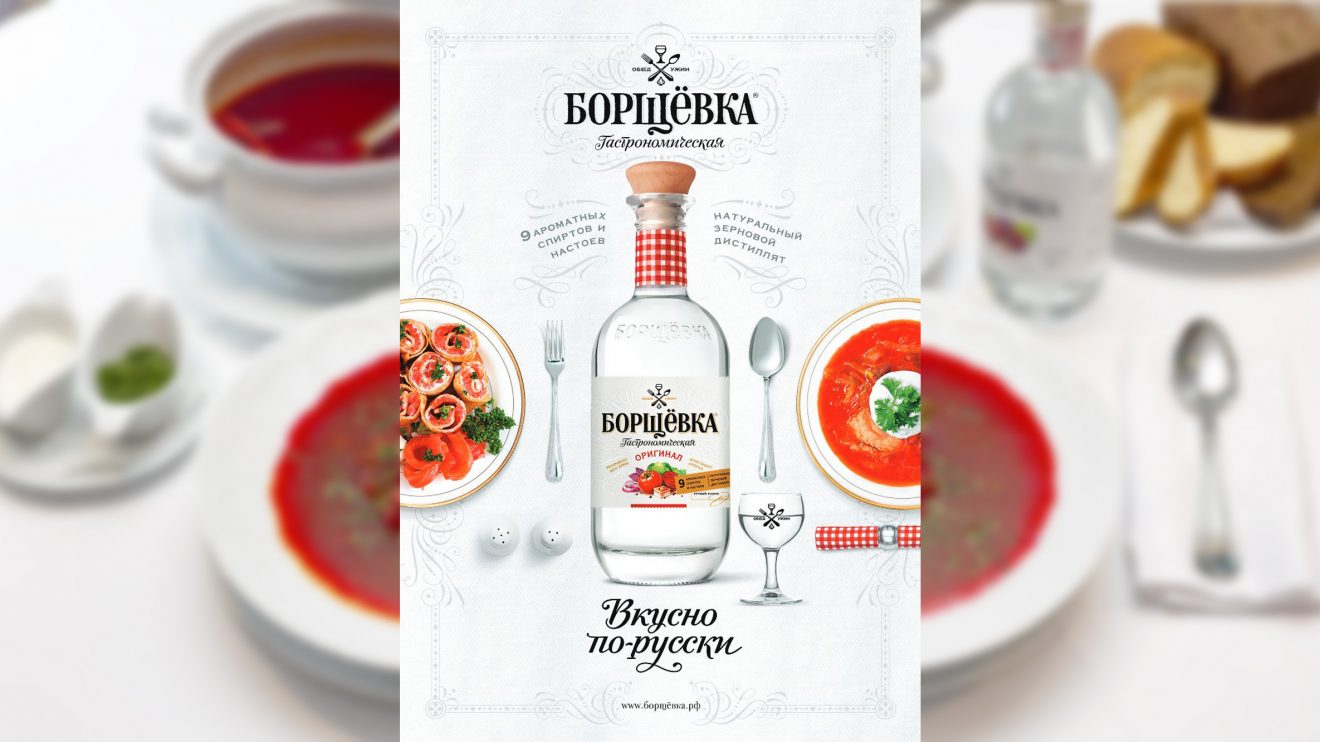 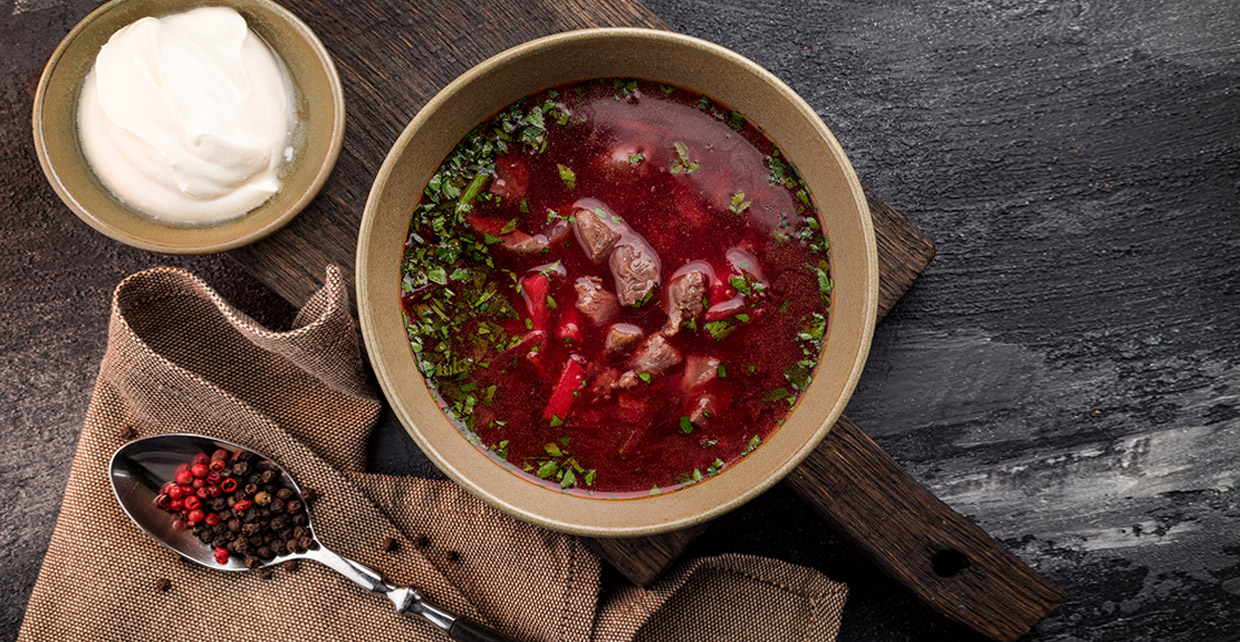 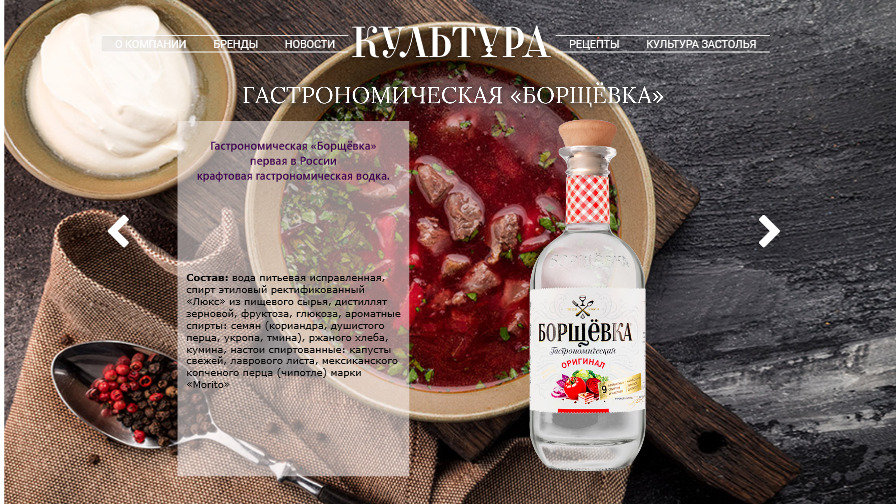 Gastronomic “Borshchevka” is the first craft gastronomic vodka in Russia. A guideline for its creation was the production technology of “noble vodka” – a drink that invariably accompanied the high-end snack table.

It was noble vodka that glorified Russia, it was given by Catherine the Great to the Swedish king Gustav, to the German king Frederick the Great, to philosophers Voltaire and Kant.

The strength of the drink is traditional for noble vodkas and drinks of that time – 38.5% ABV.

Vegetables and spices creating the taste of borsch – the most famous Russian dish in the world – formed the basis of taste and gave the name of the drink. The set of ingredients for the preparation of Borshchevka is unique, and the cabbage infusion has never been used before in the production of alcohol.

Gastronomic “Borshchevka” is intended for people who appreciate good Russian cuisine and want to get a real gastronomic pleasure from the feast.

SCHEME OF PRODUCTION OF THE GASTRONOMIC “BORSHCHEVKA”

Distillate, tinctures and aromatic spirits are blended personally by the blending master Dmitry Butyrkin. Gourmet “Borshchevka” is produced in small batches, does not contain sugar and gluten.

Maceration of eco vegetables and spices takes from 2 to 15 days.

• Repeated distillation of aromatic spirits on a copper alembic to obtain aromatic distillates.

• Additional filtration of all ingredients before blending.

• “Rest” in finishing vats before bottling to ripen the taste of a craft gastronomic drink.

* Maceration — the process of infusion of plants in alcohol in order to bestow its properties on alcohol and its enrichment. Thanks to this process, extractive and aromatic compounds, as well as polysaccharides and minerals, are transferred from plants to alcohol.

It has a rich aroma of fresh cabbage, black pepper and bay leaf, with bread tones and notes of fresh vegetables and caraway seeds. The taste is soft, sumptuous, with hints of light sweetness of bread, rich spices and vegetables.

It has a rich buttery-spicy aroma, where the tones of bread grated with garlic are clearly traced and peppery nuances with notes of spices are gradually revealed. Soft and warm taste with hints of red hot pepper develops in combination with herbs.

The aroma of mint and the freshness of summer herbs are clearly distinguished, with is a hint of spicy brine. Refreshingly soft, delicate taste with notes of mint, dill, fresh cucumber, fragrant herbs, with a light citrus finish.